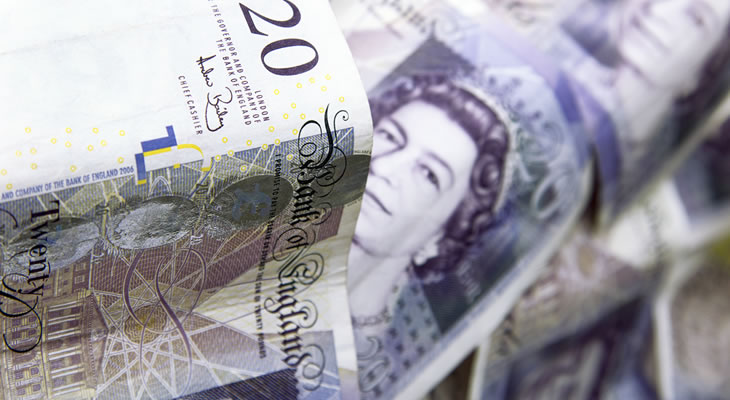 The Pound moved further away from its recent highs against the Euro (GBP/EUR) and US Dollar (GBP/USD) amid a backlash over Chancellor Philip Hammond’s reported attitude towards a softer Brexit.

A leaked government document also suggested that UK economic growth will be lower outside the EU, no matter what deal Britain ends up securing.

According to the BBC: ‘It suggests UK economic growth would be 8% lower than current forecasts, in the years ahead, if the country left the bloc with no deal and reverted to World Trade Organisation rules. It says growth would be 5% lower if Britain negotiated a free trade deal and 2% lower even if the UK were to continue to adhere to the rules of the single market.’

Today’s UK net consumer credit data is unlikely to have much impact on demand for Sterling, but Bank of England (BoE) Governor Mark Carney is due to testify before lawmakers.

Any references to monetary policy will be closely attended to.

A run of economic reports for the Eurozone, including the region’s economic confidence and Q4 GDP figures, could inspire further Euro movement later today.

Germany’s inflation figures may prove the most influential however, and the Euro could give up some of its recent gains if we see a decline in consumer price pressures in the Eurozone’s largest economy.

After struggling for much of last week, US Dollar (USD) exchange rates staged something of a rebound on Monday.

The US Dollar advanced on a number of the majors as the US personal consumption expenditure index met forecasts.

Further USD gains could be on the cards today if the domestic consumer confidence index shows the forecast improvement.

At the start of the week, Canadian Dollar (CAD) exchange rates derived some support from ongoing discussions around the future of the North American Free Trade Agreement (NAFTA).

Declining oil prices had little impact on the Canadian Dollar, but the currency could come under pressure today if the value of its key commodity continues falling.

A lack of demand for higher-risk currencies weakened Australian Dollar (AUD) exchange rates on Monday and the currency failed to recoup losses following the release of the National Australia Bank Business Conditions/Confidence indexes – despite both showing improvement.

The conditions measure rose from 12 to 13 while the confidence gauge advanced from 7 to 11.

However, the Australian Dollar could climb tomorrow if Australia’s inflation data confirms that consumer price pressures increased in the fourth quarter of 2017.

With investors turning away from higher-risk currencies and the US Dollar rebounding, New Zealand Dollar (NZD) exchange rates were unable to derive much benefit from better-than-forecast domestic trade data.

With further New Zealand data lacking until later in the week, risk appetite is likely to be the main force driving NZD exchange rates over the next couple of days.

Laura Parsons is a currency analyst working in the financial sector, writing financial articles for a number of respected web-based publications.